Start-up culture: The USA vs China

In our fair city of Hangzhou, we have a front-row seat to the heavyweight match of the year. In one corner, The United States weighs in at $19.39 trillion USD. In the other, the underdog at $12.24 trillion USD, The People’s Republic of China. As the two go head-to-head, we all await with bated breath to see if a winner will emerge or better yet, the world will reach proverbial harmonious coexistence.

Beyond matters of international monetary policy and cyclopean tariffs, on a more intimate scale, the USA and the PRC have industrious and exponential start-up sectors. While the US does have a long history of start-ups and angel investors, China by no means lags. China as a country is faster at embracing new tech and industries, and many start-ups, including some of the ‘unicorns’, have access to the most angelic investor of all: the Chinese government itself. Despite all these differences, talk of incubators, Business to Consumer (B2C)/Business to Business (B2B), unrelenting growth, and entrepreneurial spirit are equally appropriate to the shores of the San Francisco Bay and West Lake alike.

The most significant difference between the Far East and the ‘Wild West’ is the market scale. With 1.3 billion people, a Chinese start-up can afford to target a niche market and know there are enough potential users to make a successful business. Even if a product is directed at only half a per cent of the Chinese population, that’s still 6.5 million users. A Chinese start-up can afford to be an extreme specialist and know there’s a big enough market to be successful. In the US, the population diversity and difference from state to state means for a start-up to be attractive to investors they are forced to have a generalist long-term business model.

Moreover, the Chinese population is especially culturally homogeneous, which helps adoption rates for new technology and industries to be much faster than in the US. The most prominent example, WeChat, was able to make 100 million users in less than a year from when it started. To put that in comparison, Uber is only reaching that benchmark now. China’s broad cultural similarity means that a good idea, and occasional government support, can cause the next big app or industry-changing company to go from the proverbial garage to building a skyscraper with their name on it in a matter of months (a luxury that the US does not have). It also means that emerging technologies like facial recognition, augmented reality (A.R.), and contactless payment systems, already have deep penetration which broadens the possible market for more niche companies.

What all this adds up to is that things move faster in China than in other places. It’s easy to find business partners, and one can go from a good idea in a bar on Monday to renting office space on Friday. Start-ups rise and fall in a matter of months, and innovations are copied and become obsolete in a matter of weeks. The sheer scale of the Chinese start-up market means that a company must be continually innovating and working harder to stay ahead, because there’s always someone else right behind them. From this comes the ‘966’ working culture as well as the broader development of a more reactive marketplace. Chinese firms must continuously develop a new way to counter a rival or make use of the next big technology if they are to retain a competitive edge and reach ‘unicorn’ status.

This is not to say, by any means, that things move slowly in the United States. As Uber recently stated alongside their Initial public offering (IPO), they do prioritise short-term growth and, “may not achieve profitability”. Undoubtedly, Chinese and American business plans do share a similarity in their short-term, growth-oriented business models. This a larger cultural touchstone for the two countries that sets them apart from many of the European start-ups. American and Chinese entrepreneurs both often start companies with the dream that they’ll be defining a new industry in the next three to five years. It’s a ‘build big, build fast’ mindset, and as everyone from Jack Ma to Larry Page has shown, China and America can both build very big, very fast.

America also has an edge in efficiency when it comes to its corporate structure. America’s tech sector is more engineer-focused than in China. The typical tech CEO in America is someone who started as an engineer or a computer programmer. Elon Musk, Jeff Bezos, and Garrett Camp all famously started their empire-building from a personal interest in engineering and computer programming. Many American start-ups have engineers both developing a product and making the decisions on how to implement and market that product. This American style stands opposed to how many Chinese firms are run by business people first and engineers second. Jack Ma, for example, studied English in school. While information may move faster between companies in China, it does flow better within a company in America.

The life of the Chinese entrepreneur is undoubtedly different from the American one, but how different? China’s start-up sector is no longer trying to catch up to the United States’ and has furthermore started blazing a new path entirely. While scale, business culture and competitive environment may differ, the two marketplaces still share similar stories. They are both places where all one needs for success is hard work and a dream. The process is different, but Chinese and American entrepreneurs are both striving for the same goal. Both are trying to build a legacy, change the world, and make life just a bit better than it was before. 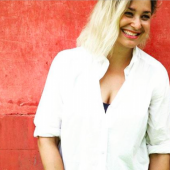 It’s been a difficult few months for businesses in Hangzhou – Let REDSTAR help you promote your opening hours! your food and drinks specials, your upcoming events and anything else you want our readers to hear about!

We can even come and write a review (and take photos or video) – let’s work together to spread the word!

CLICK ‘HERE‘ FOR SPECIAL OFFERS & TO GET IN TOUCH!

View past issues of REDSTAR magazine

BE IN THE NEXT ISSUE!